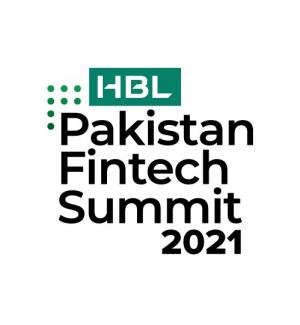 Editor's note (26 March 2021): The Fintech Summit has been delayed and will be rescheduled at a later date to be announced.

H.M. Queen Máxima of the Netherlands will provide opening remarks via a video message for the inaugural Pakistan Fintech Summit on 31 March 2021. She will participate in her capacity as the United Nations Secretary-General’s Special Advocate for Inclusive Finance for Development (UNSGSA).

Only 21% of adults in Pakistan have a bank account, according to the World Bank Global Findex (2017). Financial technology, or fintech, has a vital role in the nation’s efforts to increase financial inclusion, especially to close the gender gap and reach underserved segments.

The UNSGSA’s video message will aim to support not only the Pakistan Fintech Summit, but also the recent launch of the Fintech Association of Pakistan. The Special Advocate’s message will focus on highlighting the significant potential to build on the existing digital infrastructure to spur financial inclusion in Pakistan. She will also stress that to keep pace with innovation, it will be important for innovators and the State Bank of Pakistan (SBP) to build platforms that support dialogue, co-creation, and give space for experimentation. Fintechs also have an important role in developing products and services that provide positive benefits to customers.

Pakistan is a focus country of the UNSGSA. Most recently, in January 2021, the UNSGSA virtually delivered the keynote address at SBP’s launch of its Raast Instant Payment System—a pro-poor micropayments gateway.

In March 2020, Queen Máxima spoke with various leaders from Pakistan to follow up on some of the plans they had discussed during the Special Advocate’s November 2019 country visit.

During that visit, the UNSGSA, along with her partners, offered advice and support for Pakistan’s ongoing work to increase financial inclusion. The Special Advocate met with leaders from the public, private and development sectors. This included Prime Minister Imran Khan, SBP Governor Reza Baqir, and Advisor to the Prime Minister on Finance Abdul Hafeez Shaikh.

One of the main areas of focus on that visit was related to tech-enabled solutions for inclusive finance. For example, the UNSGSA promoted digitization of financial services and government payments through the pro-poor micropayments gateway, flagging it could potentially bring millions of people into the formal financial system.